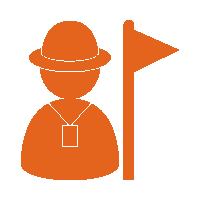 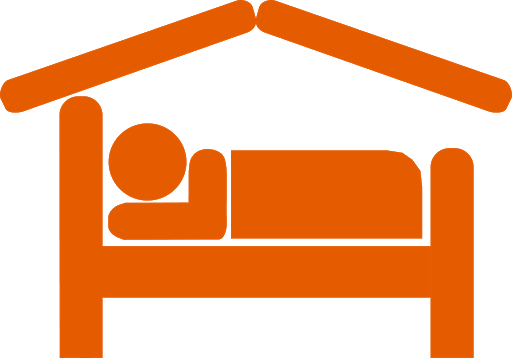 Manali is placed at 32.2396 N, 77.1887 E, about 547 km (340 mi) north of national capital New Delhi in Himachal Pradesh with an elevation of 2,050 m (6,730 ft). Himachal Pradesh is one of the most beautiful states of India and having several well known hill station including Shimla and Kullu. The entire state is quite suitable for tourism. It is a hilly state and situated in the ranges of great Himalayas. Book Shimla Kullu Manali package tour from Kolkata via Delhi & Chandigarh by flight or train at best price through Nature Canvas Travel. Several mountains are covered by white snow during winter and it remains on high mountains throughout the year. Get Shimla Kullu Manali tour package from Kolkata at best price here online. There are twelve districts in this state and these are Bilashpur, Chamba, Hamirpur, Kangra, Kinnaur, Kullu, Lahual and Spiti, Mandi, Shimla, Sirmore, Solan and Una. Mandi is the largest and Kinnaur is the smallest district in population of this state. There are various other towns and cities in this state. Browse other trendy Himachal Pradesh tour packages from Kolkata – Spiti Valley tour packages from Shimla side, Kinnaur Kalpa packages, Spiti Valley packages from Manali side etc. Nature Canvas Travel offers different and customized Shimla Manali tour packages' at Best Price. To Book this Package Call Us

Manali, is a hill station at the northern end of the Kullu Valley in the Indian State Himachal Pradesh, It is positioned at a height of 2050m above sea level in the Himalayas. Located on the bank of Beas River Manali tour packages’ from Kolkata Delhi Chandigarh is a trendy tourist attraction. It’s also starting zone for a numeral of treks and sports such as white-water river rafting near Kullu. Rohtang Pass is the main attraction near Manali on the way to Leh and Spiti Valley.

Eat: Manali market is the main place for eatables. Right from Indian veg/ non-veg to worldwide food like Italian/Chinese are accessible in the Manali market just opposite Manali Bus stand. The mall road has a variety of eating options ranging from street stalls to fancy restaurants. Old Manali is one of the finest spaces to spend time in the evening during your tour package by train or flight. It is also not packed like the Mall. Shimla Manali tour packages guests can get a bite of Yak's cheese in the restaurants of Old Manali.

Which one is better old Manali or new Manali?

Generally package for Manali tour is made for those who want to escape from normal city life and to exit from all the noises. You'll find Old Manali peaceful and serene. New Manali is much more crowded than old Manali.

Old Manali is cleaner and beautiful than New Manali. You can see spectacular views from Old Manali which stays out of sight from New Manali.

Manali trip cost from Kolkata will also depends on the mode of transport you are choosing to reach Delhi or Chandigarh. You may opt for shimla kullu manali tour package' from kolkata by train or flight.

Every time package for Manali tour guests visit a new place they always wants to bring back something as a memory or memento. Shopping in Old Manali is much more a cheaper than old Manali.

Manali tour package guests may find beautiful hotels, guest houses and lodges to settle in Old Manali at a very affordable price starting from 500 INR. One may also get much better food in affordable range in old Manali.

Shimla is a beautiful city in Himachal Pradesh, India which is admired by honeymooners for its pleasant weather and incredible vicinity. Comfort hotels and its great environment make it one of the greatest places to visit in Northern India for a honeymoon. Naldhera, Kufri, Chail, Scandal Point, Jakhoo Hills, Mall Road, Summer Hills, The Ridge, Tara Devi Temple, Himalayan Nature Park, Christ Church, and Mashobra hill station are among the favorites for couples in their Shimla tour plan. We have Kolkata or delhi to Manali couple tour packages including Shimla so that by flight guests may be served well.

Recognized as the most beautiful places in India, Shimla has been a center for couples retreat for ages now. Shimla Kullu Manali tour packages from Kolkata by train guest may also experience the majesty of this town by visiting places like Summer Hill – where Shimla Manali couple or family tour package from kolkata can take a nature walks and treks with their partner, the Shimla Ridge - to attend all major events, Narkanda - for skiing in the winters and camping during the summers.

Activities you can enjoy during your customized Manali himachal tour packages:

Manali being a beautiful hill station there is a lot of things to keep you engaged throughout your trip. Listed are some of the activities that Manali tour packages from Kolkata don’t dare to miss.

If you are into adventure sports then you should try river rafting in during Your Shimla Kullu Manali tour package for couple from kolkata. The rapid twists and turns through the river currents enhance your survival instincts.

When to try: Summers, especially in June.

Paragliding in Manali makes you feel like a bird in the majestic blue sky. It is one of the most challenging adventure sports. Note that an amateur can glide for only 60-90 seconds accompanied by a professional whereas an experienced glider can glide for 20-30 minutes.

Where to try: Solang Valley and Marhi

When to try: Anytime between April to December, on a clear sunny day.

Manali has it all to offer, you just need to figure out the right time to try out the adventure sport of your time during your Kolkata to Shimla Manali tour plan. You need to be trained before trying skiing on your own so you can find sessions where you can learn skiing. Once you try it, it’ll be an experience that you’ll never forget.

When to try: January and February

Manali has beautiful landscapes and walking through them gives moments to remember for a lifetime. Hiking is the best part about Manali and every year people in large groups from all over the country comes here for it.

When to try: May to October

Where to try: The best routes are-

The absolute favourite adventure sport of tourists visiting to Manali by train/flight from Kolkata or any other places is mountaineering. The people who love mountains know what a breathtaking view it offers. The snow capped mountains and chilled wind makes you never want to leave the mountains.

A very popular sport of Manali is Zorbing. Zorbing basically includes a giant transparent ball with you inside it. It’s fun seeing the world upside down, you might gain a new perspective.

Where to try: Solang Valley

It’s useless to visit Manali if you do not explore the mountains and a jeep safari helps you with that. Take a long drive through the mountain peaks of Manali and make the most out of your best himachal tour packages from kolkata.

When to try: May to September

Where to try: Manali to Tsomoriri Lake

Snowboarding is a famous adventure sport that tourists of Manali love to try. It is somewhat similar to skiing but snowboarding requires a steeper slope than skiing. It is filled with enjoyment and enthusiasm and you must try it.

When to try: January to March

River crossing is a very interesting activity to do while your stay at Manali. It includes a rope that is tied on both the sides of the river and you have to cross the river by hanging from it. Slightest of mistake can make you fall into the river.

When to try: Anytime, except monsoon

Angling is a fun loving activity to try out. With angling packages you will get equipments and professionals to help you out. Catch your own seafood and enjoy your stay at Manali with angling.

When to try: May

Where to try: Haripur, Patlikhul & Raison

Snow scooter has gained popularity around recent times due to its feature in movies. It looks fun and also it is. Gliding through the snow in a scooter makes you feel like you belong to some movie as well. This activity does not make a hole in your pocket as it is available at a very low price for just Rs. 200 in your Shimla Kullu Manali Rohtang pass tour package from kolkata.

When to try: December to February

The beautiful forests lying in the lap of majestic mountains offers a wonderful environment so what can be better than spending a night in these forests. Camping in Kolkata to Manali tour package is very loved activity and the surroundings of Manali just favors this activity

When to try: May to June

Manali Gompa is one of the most attracted tourists site in Manali. It is a Buddhist Pilgrimage site that people from all over the country visits. It is constructed during the mid-1900s and is one of the finest examples of Buddhist monasteries. Since its construction has been a refuge for the Tibetan people. The monastery is famous for its wall paintings, Chortens and statues of Buddha.

When to go: Throughout the year.

Vashisht Temple is located in a village of Vashisht that is 3 km away from Manali. The temple is named after one of the Seven Sages, Rishi Vashisht and it was constructed around 4000 years ago. It is a true example of finest architecture, the walls of the temple reflects stories of Hindu mythology. There are also hot springs present in the premises which are famous for its medicinal value. So if you are in Manali then visiting Vashisht Temple is a must.

When to go: Throughout the year except monsoons.

Manali is not only about party and trekking, it has a lot to offer and one thing among these are its temples. The Manu Temple is dedicated to Lord Manu who is believed to be the creator of this universe and also the writer of Manusmriti. The temple is situated at a higher altitude so trekking to this temple is an experience in itself. Added to this is the beautiful town and surrounding it that enhances the serene beauty of the temple. Also note that it is a strict rule to wear clothes that cover your knees and shoulders while inside the temple.

Built in 1960 Naggar Castle is a blend of European and Himalayan architecture standing tall in between the lush green forests of Manali. It was the residence of Raja Sindh Singh Kullu and now it has incredible art pieces displayed all over the castle. The Himachal Pradesh Tourism Development Corporation transformed the Naggar Castle into a heritage site in 1978. From then it has been a constant tourist attraction.

When to try: January to May and October to December

The mountainous region of Manali is well suitable for activities like Rappelling. If you want to feel that adrenaline rush in our body then rappelling is the best sport for you. Indulge yourself into some of these activities to make your stay at Manali worth it.

When to try: Throughout the year but on a sunny and clear day

Kolkata to Manali by train:

If you are in Manali, Himachal Pradesh we are happy to help you. You can check Google Map whenever required.

Places to visit in Manali